During this year, everyone wants some form of consistency in every city. Something they can always do even when their world is turned upside down. Early on in the month, some people find their gym for the month, some their new favorite cafe to work in or some just like knowing where the closest ATM and grocery store is. Anything to make you feel comfortable in your new city and remind you of the comforts of home. For me, its going out a finding the craft beer bars in the city. Its where I would often be back home in Charleston and it is where I am happiest on the road. At these bars, I am able to learn about the city and country through the bartenders. I usually find a less busy time to go and start up a conversation about the beer and the local breweries. This often leads into the country as a whole and it gives me a unique, locals perspective on the cities I live in. Below is an example of an encounter I wrote while in Budapest a few months back.

They had 16 beers on tap, many from Hungary so we decided to hangout for a while. It was early afternoon so we were pretty much the only people in the bar so I was able to sample all the beers and talk to the bartender about the local beer scene in Budapest, and Hungary as a whole. Like many other Balkan countries, craft beers are fairly new with micro-breweries popping up over the last five or so years. The beers were great and they had many different styles which I appreciated. Sitting down and just talking beer with bartenders at these brew-pubs in different countries is still one of my favorite things to do and I seek it out everywhere I go. While sipping on a good local beer, you learn more about the city, its people, the economy, the political situation and many other things. Seeing craft breweries popping up signal many things that lead to good conversations with the locals. For one, if people are drinking craft (more expensive) beer the economy must be doing better, if it is easier for new breweries to pop up it is a good sign that the political situation is relatively stable and it is a good time to start a small business. From that you learn about the people, especially the ones around my age as those are the people usually working at the brew-pubs. You get to learn about their perspectives on the city and their views. I, without prior knowledge of the country, have no bias so I’m able to ask questions that seem simple but lead into much deeper conversations. “What do young Hungarians think of growing tourism and increasing prices in Budapest? Are there many opportunities for work here once you graduate college? How has the city changed in the last ten years and where do you think it will be in the next five?” I ask many of the same questions in the different cities I visit and always get back honest and interesting answers. This helps me get a grasp of the city that I couldn’t from the internet or a walking tour. 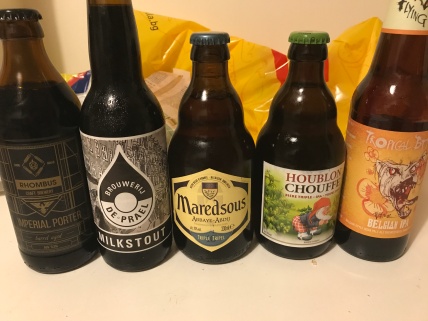 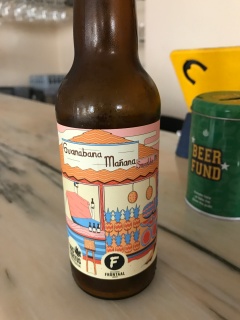 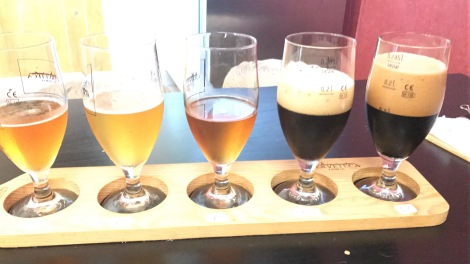 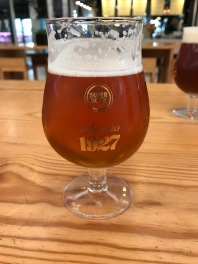 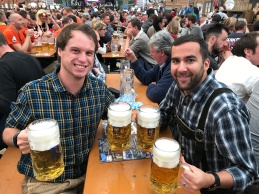 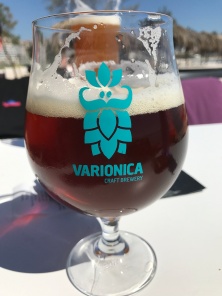 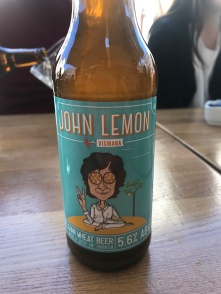 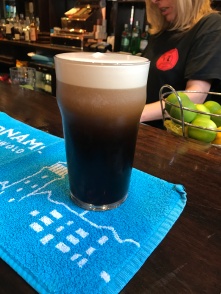 Sharing a beer with someone tends to open them up a bit and I feel like I am able to dig a bit deeper than the normal touristic stranger. Most of the people I have met speak really good English and are interested in learning more about the US.  Now that I am working my way through South America it has given me a chance to practice my Spanish a bit. The conversations are a bit more basic since most of the bartenders here in Córdoba, Argentina don’t speak much English. It gives you a sense of pride when you have a thirty minute conversation in another language and I can tell the locals appreciate my desire to practice and learn their language. While traveling, seeing the grand touristic sites are great and are certainly worth going but when you’re on the road for a year you need some things to fill in the gaps. These smaller moments are almost more special because they are un-planned and authentic. So next time you head to a new destination, find the local brew pub, complement their beer and ask a way.

Dream come true playing the Ocean Course at Kiawah today! Hard to believe just three months ago I could barely walk. Grateful to be to be back feeling well!
Surgery went really well! It’s been a tough few days of recovery but I’ve had such great support from my family and the staff here at Emory. Thanks to everyone who sent thoughts, prayers, and well wishes! I felt them all and am well on the way to being back to 💯!
When I was 2 days old, I had open-heart surgery to correct a birth defect with my arteries. 27 years later, I recently got a call stating the time has come for me to have my 2nd open-heart surgery, this time replacing my aorta and aortic valve. The surgery is this Thursday, October 17, so please keep me in your thoughts and prayers, and send all the good vibes you can my way. I’m extremely optimistic and confident that the surgery will be a success and I am so grateful to have such a wonderful support system of family and friends around me so thank you all!
🍊🇯🇵🔶 and just like that we’re out. Had a blast bouncing around Asia for the past three weeks! 🇮🇩-> 🇰🇷-> 🇭🇰 -> 🇯🇵